Tyre Recycling Solutions SA is committed to good corporate governance, which promotes the long-term interests of shareholders, strengthens Board and management accountability and helps build stakeholders trust in the Company.

The Board is elected by the shareholders to oversee their interest in the long-term sustainability and the success of the business and its financial strength. The Board serves as the ultimate decision making body of the Company, except for those matters reserved to or shared with the shareholders. The Board selects and oversees the members of senior management, who are charged by the Board with conducting the business of the Company.

Our Company does the utmost to preclude any conflict of interest. For instance, the CEO is a co-founder of the Company, but does not sit on the Board. 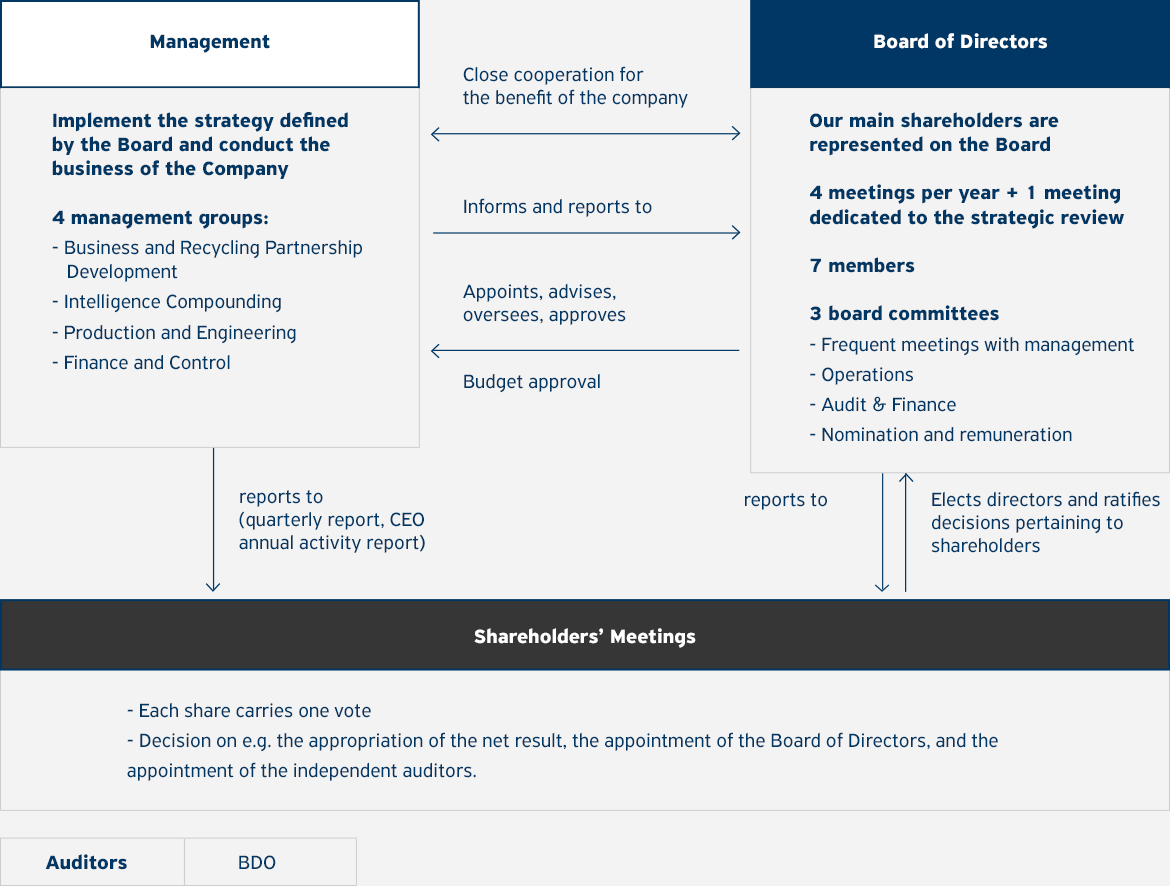 Our Board of Directors

Founder of Valley Road Capital, Pierre Kladny is a serial entrepreneur bringing technological and industrial experience. He has founded and managed 5 companies. He has sold one of his businesses to a large multinational firm and has divested another one through a management buy-in scheme. Prior to founding ValleyRoad Capital, he spent 3 years with Lombard Odier Darier Hentsch & Cie, Private Bankers in Geneva.

With a Mechanical Engineer degree from Brunel University and a MSc. in Sustainable Energy Futures from the Imperial College of London, Amr begins his career at AREVA - EDF in the core team which developed operations of Nuclear and Solar businesses in the Kingdom of Saudi Arabia. He later joined Northrop Grumman Corporation Middle East operations in a business development role for the company's program pipeline in the Kingdom. Amr is now based in Switzerland in the role CEO of Reuge, a Swiss luxury house.

Per Setterberg worked with Global Blue between 1988 and 2014. The last 16 years as President and CEO. Drove the expansion from a local presence in the Nordic countries to the world leader with operations in 41 countries. Per was formerly a senior manager for PwC and a Swedish State Authorised Accountant. He is the Chairman of Dataflow Ltd, Elevate Ltd and VFS Global.

Ms. Zhang has very recently graduated from Georgetown University McDonough School of Business.  She also holds a Bachelor degree in Molecular and Cell Biology from Berkley University.  She has been active in client and product marketing prior to becoming a strategy consultant with Alpargatas where she devised strategy for pilot phase of recycling program.

Serial entrepreneur with more than 25 years experience in Information Technologies, Education programs, Professional Training and Biometrics. He has successfully led consultancy mandates in Africa for organizations, private companies and governments. Pierre Chavan founded his own Property Management Company 15 years ago, and has managed it since then. His clients are important International Companies. He is also an active investor in web companies with large coverage in South-America.

Trained as a physician, Roberto Gradnik brings more than 25 years of experience as a prominent executive in the pharmaceutical and biotechnology sectors. Previously with Merck Serono, for which he was appointed Executive Vice-President for Europe and a member of the Executive Committee. He then became Executive Vice-President of the Global Business Unit for Neurodegenerative Diseases, before being appointed to the position as CEO of Stallergenes, a European biopharmaceutical company specialized in the treatment of severe respiratory allergies. Roberto Gradnik is currently CEO of Ixaltis, a French biotech startup company.

Mr. Pugh is a successful COO with broad strategic and marketing background and almost 40 years’ experience in the international petrochemical and plastics industry. Now retired from his executive position, he brings a strong background in both the formation and leading of joint ventures and more recently working with private equity and IPO flotation. Previous positions at Trinseo, Styrolution, Ineos Styrenics, Nova Innovene, Elementis, Dow Chemical and Mobil Oil.

In charge of management evaluation and the incentive program of key people.

Keeping check on finances, i.e. cash flow to drive the business. Report to the board at every meeting.